National Cement Share Company is located in the Eastern part of Ethiopia, right at the entrance of Diredawa city at 515 km away from the capital city of Addis Ababa. The establishment of the current National Cement Share Company (NCSC), the former Diredawa Cement & Limestone Factory, dates back to 1936 G.C. Established by Italians, during occupation in 1936, and being the pioneering cement producing and selling factory in the country, the factory has played a key role in national development for 8 decades now. 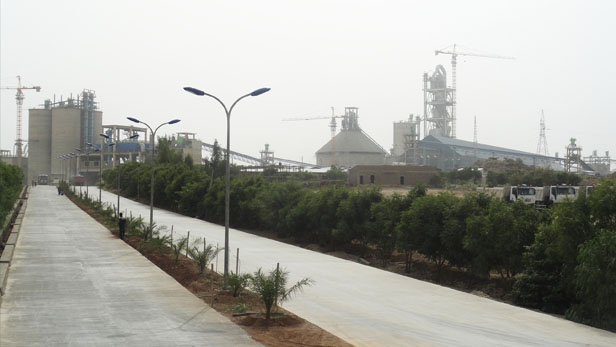 NCSC, since inception up to now, has seen varying features in its mandate of establishment, ownership, structural set-up, technology, product type and volume and no of establishment, corresponding to the major socio-economic changes that took place in the country.

Ethiopia, until 1974 G.C. was a predominantly agrarian economy with feudalitistic political system, wherein private ownership of means of production (especially land) and small scale as well as backward land tenure system prevailed and industry was at its infancy.

The period between 1974 -1991 G.C was a totally different socio-economic environment, where socialism was the buzz word, the role of the government in almost every economic system was owned operated and regulated by the government, private property was fully confiscated, the motto was self-sufficiency and the door of the nation was fully closed to the west or the market economy. The years between 1991 upto now, manifested a somehow mixed economic system, in the name of free market economy, where the hands of the government prevailed in the policy making as well as agriculture, manufacturing and service industry.

Proprietary ownership wise, it has shifted hands from a private then to public, then to private-public partnersip with government and finally back to a private ownership in the form of shareholding.

Considering the development of the construction Industry especially up until 2009 G.C., it has generally been stagnant. The cement factories were not only few but also the monopoly of the government. Even when the country was witnessing fast two-digit economic growth, the construction industry which was supposed to support the main economic sectors was not stimulated. This situation even obliged to spend its scanty FOREX reserve for importation of cement especially up until 2009 G.C.

Though late, the measures taken to stimulate the cement industry finally led to expansion of the supply side at a very fast pace. Currently, the industry is seeing surplus, comparing the fundamentals of the cement market.

Under the prevailing context, therefore, the cement industry is not a monomoplistic hold where manufacturers can produce, price and avail as they please. Survival and growth under the current situation is a matter of excellence. Recognizing the intensity of competition in the industry, government even stopped entry of new manufacturers into the industry since 2012 G.C.

This made players of the industry alert and hence are taking measures to beat in the completion. National cement is no exception. Recognizing the cement industry structure, it, having holistically evaluated its standing against market and competitor realities, has transformed itself in many ways and has so far made managed to own a market share of around 15% which levels with Messobo and Derba cement.

To further pinpoint the measure transformational outcomes, National Cement has, over the lat 5-6 years, managed to:

National Cement believes in win-win business philosophy and operates by harmonizing the interests of its stakeholders: shareholders, customers, suppliers, government, communities and the environment by operating in an eco- friendly cement processing.

At the moment, the company offers job opportunity for a total of 1450 national citizens, both at managerial and operational occupations.